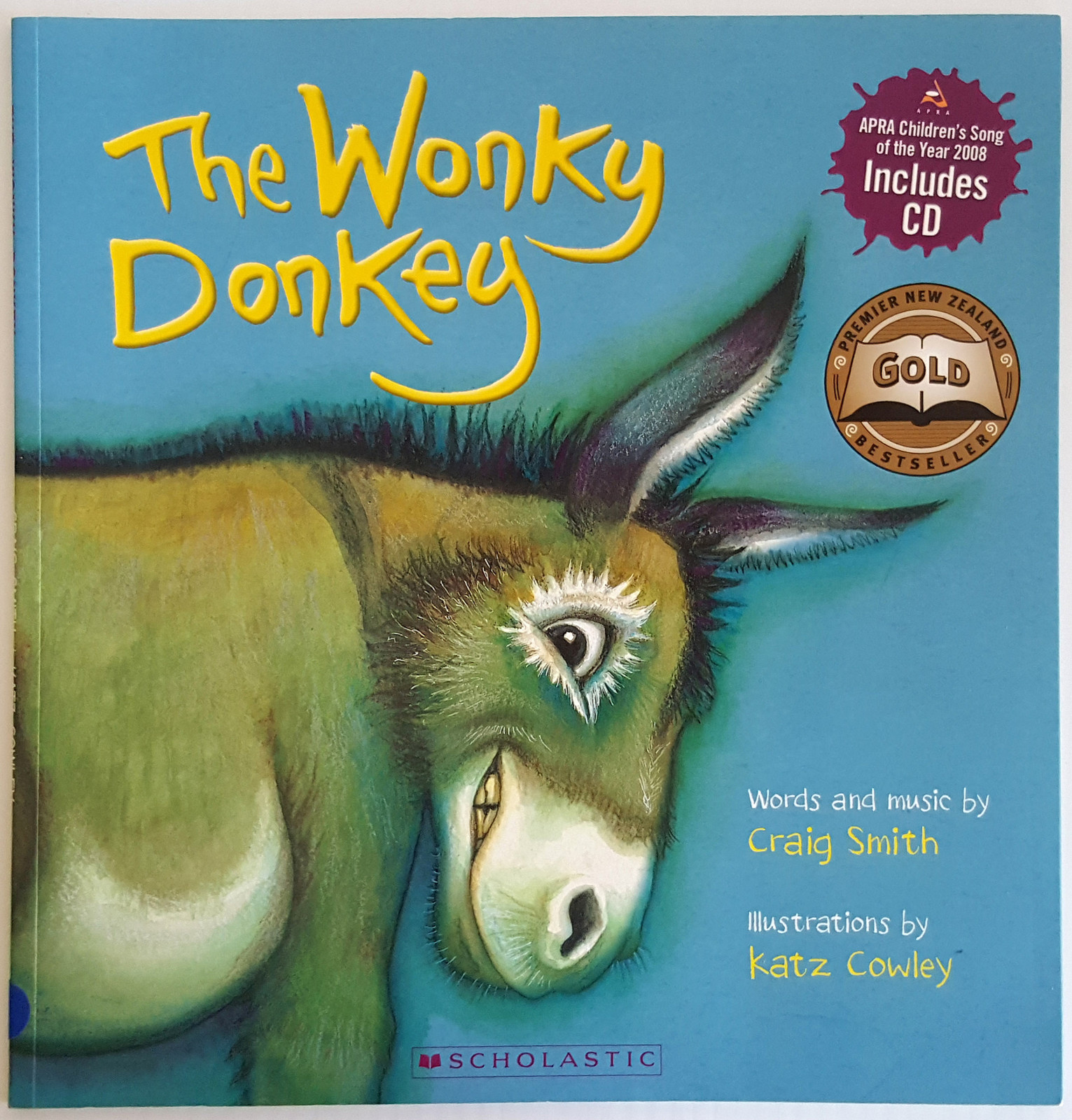 The Wonky Donkey by Craig Smith

The Wonky Donkey  – This is a paperback book and CD set of the award-winning song The Wonky Donkey with hilarious illustrations! I was walking down the road and I saw . . . A donkey, Hee Haw! And he only had three legs! He was a wonky donkey. Children will be in fits of laughter with this perfect read-aloud tale of an endearing donkey.

By the books final page, readers end up with a spunky, hanky-panky, cranky, stinky, dinky, lanky, honky-tonky, winky wonky, donkey! There is much fun to be had by listening to the song and trying to predict the new word for each clue given. Accolades Winner of the NZ Post 2010 Children’s Choice Book Award Craig Smith’s song, The Wonky Donkey, won an APRA Silver Scroll Award in 2008 for Best Children’s Song of the Year. – The Wonky Donkey (Book + CD) Picture Book by Craig Smith

what do you think about this book?