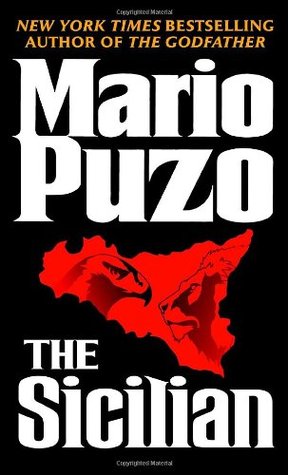 The Sicilian is a novel by Italian-American author Mario Puzo. Published in 1984 by Random House Publishing Group (ISBN 0-671-43564-7), it is based on Puzo’s most famous work, The Godfather. It is regarded as The Godfather’s literary sequel.

In this novel, the spelling of Salvatore Giuliano’s name was intentionally changed by Puzo to “Guiliano”. This novel, though a work of fiction, is based on the real life exploits of Giuliano.

The bulk of the novel focuses on the life of Salvatore Guiliano and how he rose to his legendary status as a bandit and hero to the Sicilian people. He was born in the village of Montelepre, west of Palermo. His godfather, Hector Adonis, a small man tormented his entire life for his small stature, was a professor of history and literature at the University of Palermo. He is a very close personal friend of the Guiliano family, a mentor for Turi, and a man who caters to the Friends of the Friends (the word Mafia is rarely spoken in Sicily)

These are the principal characters that drive the plot of the story, many of whom are based on real-life figures.