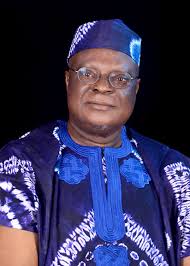 This work examines Femi Osofisan’s Once Upon Four Robbers and Morountodun to interrogate the limits and
or otherwise of the author as a Marxist as claimed by many of his critics. The man, Femi Osofisan, no doubt, is a
pillar in the sphere of dramaturgy not only in Nigeria but also outside the shores of Nigeria. He is many things
in one. Osofisan is a consummate man of the theatre, a skilled playwright, a poet, an actor, a director, and an
artist of great repute, while the province of his plays is neck-deep in the Yoruba culture. On the other hand, the
major themes in his plays are corruption, injustice, oppression, treachery, self-reliance and perseverance. Others
are determination, feminism, compassion, collaboration, blackism, and revolution, among others.
Like other theatre scholars, past and present, who have the singular task of making their societies
conducive for human habitation, Osofisan focuses his energies on themes such as injustice and oppression, selfreliance, corruption, treachery, determination, collaboration, revolution, compassion, among others in their
works. Time was when writers or poets were seen as mere entertainers or people not fit to leave in an ideal
republic but be banished for simple reason that their works were seen as corrupting the minds of the people (The
Republic, Book 3, 10). Others also feel that literature is nothing but a mere witnessing of a kind. Skeptics,
according to Maxwell A. E. Okoli, “have never accorded it the force and vision capable of stirring up a
revolution” (71). They thought of the writer as not more important in society as an ordinary dart player.
However, history has changed all these, for the writer has metamorphosed into a visionary, a soldier, an
agent of social change, using his writing as a weapon.

Download the role of forests in climate change mitigation

Great writers work for progress by transforming their societies and its conditions, arousing men from their apathy and servile sentence, delivering them from the shackles of enslaving traditions, religions, dogmatism and political dictatorship. They often times launches into militant literature, raising their ideals like a banner, like a light for the people, and pulls off a revolutionary change that leaves society, wiser and more progressive (Literature and Social Change, 72).

Literature on the other hand, which is the product of the writer’s thought processes is an excellent tool of propagating ideas and sensitizing men to dream and aspire in their society. It serves both social and political causes that could be used to hatch and realize revolutions. It has the power to destroy in order to reconstruct. Literature thus could be said to be a catalyst for social reform as well as a missile against all forms of abuse. These tendencies of the writer and that of literature are what Marxist ideology strongly seeks to espouse. For as Ken Smith submits, “any
person seeking to change the world in a socialist direction, the ideas of Marxism are a vital, even indispensable
tool and weapon to assist the working class in its struggle to change society” (1).

Perhaps there is no doubt that, Femi Osofisan could be classified as a Marxist writer who demands
social change in favour of the oppressed and down trodden masses in the society as the theme of his plays
expresses. But this Marxist ideology is limited to some degree, contrary to the views of his numerous readers
and critics who see him as a consummate Marxist. It is on this note, and indeed, this popular believe that this
work tends to differ and to interrogate these claims as contentious. The reason being that, difference, departure
and even superiority are often hastily read into his works.