The First Tycoon – In this groundbreaking biography, T.J. Stiles tells the dramatic story of Cornelius “Commodore” Vanderbilt, the combative man and American icon who, through his genius and force of will, did more than perhaps any other individual to create modern capitalism. Meticulously researched and elegantly written, The First Tycoon describes an improbable life, from Vanderbilt’s humble birth during the presidency of George Washington to his death as one of the richest men in American history. In between we see how the Commodore helped to launch the transportation revolution, propel the Gold Rush, reshape Manhattan, and invent the modern corporation. Epic in its scope and success, the life of Vanderbilt is also the story of the rise of America itself.

This impressive biography of Cornelius Vanderbilt is more than a biography. The reader can trace the development of American economic history from 1800-1875 through the life of Vanderbilt. Hamilton wanted government directly involved in the nation’s economy. From Jefferson up to the Civil War, the strong trend was to remove the federal government from the economy and open the door to individual freedom to innovate and compete. This allowed Vanderbilt, probably one of the most resourceful and clever capitalist entrepreneurs who has ever lived, the freedom to start with a Staten Island ferry that would eventually lead to one of the most massive accumulations of personal wealth and control of capital enterprises of all time. Ironically, the freedom that the Jeffersonians and Jacksonians wanted led to the massive control of the economy not by the government but by incredibly wealthy individuals and corporations.

Stiles’ biography is an enormously detailed book. It becomes increasingly technical in the economic sense as Vanderbilt moves from steamboats (and his fascinating adventures in Nicaragua) to railroads. Stiles should get enormous credit not only for his superb research, much better than earlier biographers of Vanderbilt, but also for his objectivity about the man and his ability to make as clear as possible to the average reader the often complex financial issues of Vanderbilt’s life. It is easy to see why this book won awards. Stiles not only gives us a man’s life (both personal life and business life) but how the American economic system developed in the 19th century.

Stiles is also a smooth writer. Chapters are divided into reasonable chunks separated by double spacing and the transitions and paragraph structures throughout the book are fluent and easy to follow. If I have any complaint (and it is a small one), it is that many many times Stiles ends these chapter subdivisions with either a cliffhanger sentence or some other “catch” line for the sake of dramatic continuity. This is unnecessary given the overall power of the book and Vanderbilt’s life. Except for that quibble, the book is a biographical tour de force that showed me not just the life of a brilliant, often cold, but complex man but also how the economic history of America as we know it today originated.

“Superbly written and researched. . . . Worthy of its subject.”
—The Economist

“Truly remarkable. . . . A landmark study that significantly enhances one’s understanding of U.S. economic history. . . . [Stiles is] one of the most exciting writers in the field.”
—Foreign Affairs

“Stiles has painted a full-bodied, nuanced picture of the man. . . . Elegance of style and fair-minded intent illuminate Stiles’s latest, expectedly profound exploration of American culture in the raw.”
—The Boston Globe

“Stiles, a superb researcher, has unearthed quantities of new material and crafted them into the illuminating, authoritative portrait of Vanderbilt that has been missing for so long.”
—The Washington Post

“Very absorbing. . . . Much more than a biography. The book is filled with important, exhaustively researched and indeed fascinating details that would profit every student of American business and social history to read.”
—San Francisco Chronicle

“Stiles writes with both the panache of a fine journalist and the analytical care of a seasoned scholar. And he offers a fruitful way to think about the larger history of American elites as well as the life of one of their most famous members.”
—The New York Times Book Review

“Vanderbilt’s story is indeed epic, and so is The First Tycoon. . . .Stiles is a perceptive and witty writer with a remarkable ability to paint a picture of the America in which Vanderbilt lived.”
—The Christian Science Monitor

“Fascinating. . . . A reminder that Vanderbilt’s life and times still have much to teach us.”
—Newsweek

“Gracefully written. . . . [Vanderbilt] was the right man in the right place at the right time, and the meticulous Stiles seems to be the right man to tell us about it.”
—St. Petersburg Times

“Stiles has given us a balanced and absorbing biography of this colorful and often ruthless entrepreneur.”
—James M. McPherson, author of Battle Cry of Freedom: The Civil War Era

“Engrossing and provocative. . . . Stiles draws on exhaustive archival research to clear away the apocryphal and celebrate Vanderbilt as an American icon.”
—Tulsa World

“At long last a biography worthy of the Commodore, meticulously researched, superbly written, and filled with original insights.”
—Maury Klein, author of The Life and Legend of Jay Gould

“Stiles writes with the magisterial sweep of a great historian and the keen psychological insight of a great biographer. . . . With panache and admirable ease, Stiles maps the financial and political currents on which Vanderbilt buccaneered and shows that it was Vanderbilt, more than anyone else, who enabled business to evolve into Big Business.”
—Patricia O’Toole, author of When Trumpets Call: Theodore Roosevelt After the White House

“A brilliant exposition of the life of Cornelius Vanderbilt and the entrepreneurial environment that he shaped. Readers will look at Grand Central Station and much else in American life with fresh eyes.”
—Joyce Appleby, author of The Relentless Revolution: A History of Capitalism

“The definitive biography of Commodore Vanderbilt. Both as portrait of an American original and as a book that brings to life an important slice of American history long neglected, this is biography at its very best. A magnificent achievement.”
—Arthur Vanderbilt II, author of Fortune’s Children: The Fall of the House of Vanderbilt

“Stiles brings the Commodore, warts and all, to life in this new study, which is at once up-to-date in scholarly terms, analytically incisive, and lucidly written.”
—Raleigh News and Observer

“Sweeping. . . . [A] magisterial, exemplary work . . . [that] offers entry into the storm-tossed world of our current tycoons and the rough waters they have piloted us into.”
—American History Magazine

“Superbly researched and elegantly written. . . . Stiles’s will likely prove to be the definitive biography of this epic entrepreneur.”
—Philanthropy Magazine

T. J. Stiles has held the Gilder Lehrman Fellowship in American History at the Dorothy and Lewis B. Cullman Center for Scholars and Writers at the New York Public Library, taught at Columbia University, and served as adviser for the PBS series The American Experience. His first book, Jesse James: Last Rebel of the Civil War, won the Ambassador Book Award and the Peter Seaborg Award for Civil War Scholarship, and was a New York Times Notable Book. The First Tycoon won the National Book Award in 2009. He has written for The New York Times Book Review, Salon.com, Smithsonian, and the Los Angeles Times. Helives in San Francisco. 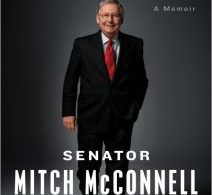 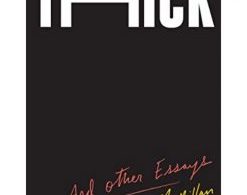 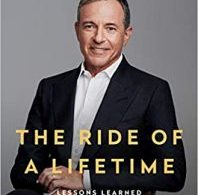 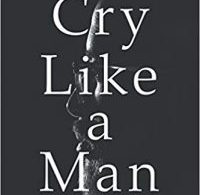 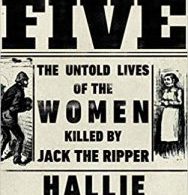 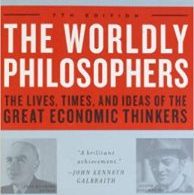