Summer of 69 – Welcome to the most tumultuous summer of the twentieth century. It’s 1969, and for the Levin family, the times they are a-changing. Every year the children have looked forward to spending the summer at their grandmother’s historic home in downtown Nantucket. But like so much else in America, nothing is the same: Blair, the oldest sister, is marooned in Boston, pregnant with twins and unable to travel. Middle sister Kirby, caught up in the thrilling vortex of civil rights protests and determined to be independent, takes a summer job on Martha’s Vineyard. Only-son Tiger is an infantry soldier, recently deployed to Vietnam.

Thirteen-year-old Jessie suddenly feels like an only child, marooned in the house with her out-of-touch grandmother and her worried mother, each of them hiding a troubling secret. As the summer heats up, Ted Kennedy sinks a car in Chappaquiddick, man flies to the moon, and Jessie and her family experience their own dramatic upheavals along with the rest of the country.

In her first historical novel, rich with the details of an era that shaped both a nation and an island thirty miles out to sea, Elin Hilderbrand once again earns her title as queen of the summer novel.

Amid the war in Vietnam, the summer of 1969 brought the moon landing, Chappaquiddick and Woodstock. With a son Tiger fighting in Nam, college age Kirby working on Martha’s Vineyard, eldest daughter Blair pregnant with twins back in Boston, Kate only has thirteen-year-old Jessie with her at her mom’s Nantucket summer home.

SUMMER OF ‘69 isn’t one of my favorite Elin Hilderbrand novels. Her first historical fiction novel felt more modern than fifty years ago. Hilderbrand throws in an occasional “far out”, party-line phone service to remind readers we’re reading the 1960s, but also slips up with modern language like “the N word” which only came into use about fifteen years ago. Jessie uses the term “molested” and immediately realizes her tennis teacher’s behavior is in appropriate, which didn’t happen often in 1979, let alone 1969. I’m the type of reader who’s distracted by such lapses. Hilderbrand does drop in the sexism, racism, anti-Semitism and other cultural phenomena. The sexism worked, the racism felt staged, as if the black characters existed to illustrate racism. The black family had married a doctor and judge. I liked the complications of interracial dating and that Kirby had interacted with Dr Frazier back in Boston, which was the only time we saw the characters, except for Kirby’s maybe boyfriend, doing anything but being black.

Jessie, Kate, Blair and Kirby each had their stories told in third person alternating chapters, but SUMMER OF ‘69 felt more character than plot driven.

The ending was too Pollyanna for me.

I enjoyed reading SUMMER OF ‘69, but not as much as most of Hilderbrand’s books.

“The grande dame of beach reads…Hilderbrand shifts among characters with her usual ease, weaving a saga that will make you forget the dynamics of your own dysfunctional people as you crowd into a too-small vacation rental.”―Liz Egan, New York Times Book Review

“An engrossing tale of an iconic American summer”―People Magazine

“Superb…Hilderbrand hits all the right notes about life in a tightly knit family, and this crowd-pleaser is sure to satisfy both her fans and newcomers alike.”―Publishers Weekly, starred review

“Hilderbrand’s characters are utterly convincing and immediately draw us into their problems, from petty to grave…To use the parlance of the period, a highly relevant retrospective.”
―Kirkus

“Misunderstandings, secrets, and wrong choices are revealed in this completely satisfying novel that is the beach read of the summer, sure to appeal to Hilderbrand’s fans while earning her new readers. A must buy.”―The Library Journal

“She presents another breezy yet gritty novel with Summer of ’69… Simple, sassy, and continuously engaging, Summer of ’69 fits neatly into the nostalgic reader’s beach bag.”―NPR

“With vivid descriptions of the songs, fashions and other details of the era woven throughout, it’s a true nostalgia trip.”―AARP

Elin Hilderbrand was born on July 17, 1969 in Boston, Massachusetts. She has used her 50 years to write 23 novels and raise three children on Nantucket Island. 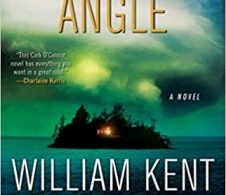 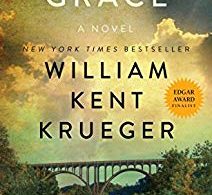 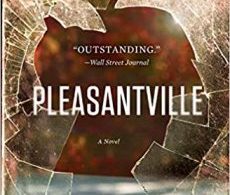 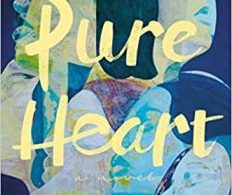 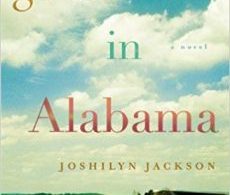 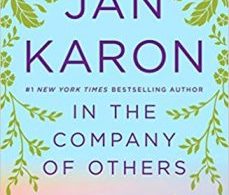 In the Company of Others PDF by Jan Karon