Sense and Sensibility – Marianne Dashwood wears her heart on her sleeve, and when she falls in love with the dashing but unsuitable John Willoughby she ignores her sister Elinor’s warning that her impulsive behavior leaves her open to gossip and innuendo. Meanwhile Elinor, always sensitive to social convention, is struggling to conceal her own romantic disappointment, even from those closest to her.

Through their parallel experience of love – and its threatened loss – the sisters learn that sense must mix with sensibility if they are to find personal happiness in a society where status and money govern the rules of love. This edition also includes explanatory notes and textual variants between first and second edition.

For more than seventy years, Penguin has been the leading publisher of classic literature in the English-speaking world. With more than 1,700 titles, Penguin Classics represents a global bookshelf of the best works throughout history and across genres and disciplines. Readers trust the series to provide authoritative texts enhanced by introductions and notes by distinguished scholars and contemporary authors, as well as up-to-date translations by award-winning translators.

No Austen story can tempt me more than Pride and Prejudice, but I do consider Sense and Sensibility to be something of a clumsier precursor to that beloved book. Austen ambitiously balances humor, sincerity of affection, meditative reasoning, and even a testosterone-fueled midnight scene between a selfish lover and the book’s protagonist, Elinor.

This is another story that cautions young women against cads and knaves of varied shapes and sizes. In the most roundabout 18th century English manner, scandals abound amongst a cast of people unwittingly observed by a toying, omniscient narrator. I love the roundness of all the characters, even the (numerous) un-pitiable antagonists. Austen has a masterful flair for characterizing someone’s essence in a few paragraphs, and following up duly on it by addressing you with his/her direct speech. Never was a man made so abhorrent as after John Dashwood speaks of his and his wife’s misfortunes. What a card! It’s hard to believe he comes from the same stock as his sisters Dashwood.

This is a masterful novel because Austen is a badass master writer. Or should I say mistress? I have never encountered a more clairvoyant portrayal of ladies’ plight during this time in England. They are constantly subjugated to sexist laws, endless man-splaining, and the fretful existence that hinges on a man’s regard for her ‘pretty face’.
In her own way, Austen’s narrator reveals the nuances in the most basic human traits that occur in even the most elegant of settings… And made me wonder, on more than one occasion, which character’s opinions I should trust. When everyone is convinced of his/her own self importance, whose judgment are we to believe? Our heroine, Elinor, guides you to judge for yourself with propriety and caution; her sense is all the time checked by the unparalleled closeness between a somewhat desperate circle of women and their good-natured friends. There is much to entertain!
This is amazing work is inspired and truly ageless. I cannot recommend you to a better Saturday afternoon read (except maybe Pride and Prejudice lol but that’s just me). Enjoy!

“As nearly flawless as any fiction could be.”
—Eudora Welty

Jane Austen (1775-1817) was extremely modest about her own genius but has become one of English literature’s most famous women writers. She is also the author of Pride and Prejudice, Mansfield Park, Emma, Persuasion and Northanger Abbey. 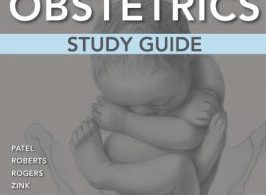 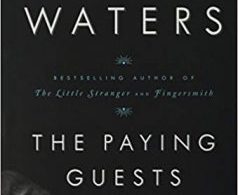