IT and Programming REVERSING: Secrets of Reverse Engineering 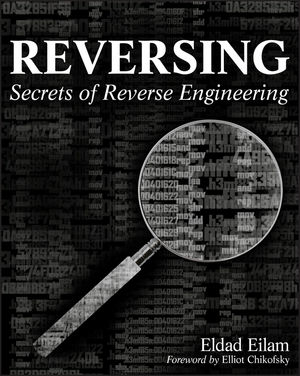 Reversing: Secrets of Reverse Engineering is a textbook written by Eldad Eilam on the subject of reverse engineering software, mainly within a Microsoft Windows environment. It covers the use of debuggers and other low-level tools for working with binaries. Of particular interest is that it uses OllyDbg in examples, and is therefore one of the few practical, modern books on the subject that uses popular, real-world tools to facilitate learning. The book is designed for independent study and does not contain problem sets, but it is also used as a course book in some university classes.[citation needed]

The book covers several different aspects of reverse engineering, and demonstrates what can be accomplished:

Considering its relatively narrow subject matter, Reversing is a bestseller that has remained on Amazon.com‘s list of top 100 software books for several years, since its initial release

Chapter 5 Beyond the Documentation 141