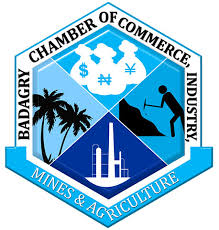 INDIGENOUS COMMERCE & INDUSTRIES IN BADAGRY: Indigenous commerce and industries remains a strong avenue for the provision and satisfaction of the wants of African societies. These are basic needs such as: food, clothing, lifestyle and so on. Africans, in order to satisfy these needs, find themselves faced with the challenges to produce. Each region has a unique characteristic that differentiates it from other regions which is a basic determinant of what its people needs. This research work deals with the indigenous commerce and industries among the people of Badagry and the how and why they were prompted into adopting those economic activities.

In Badagry therefore, we have indigenes engaged in certain occupations which have been handed down from generations, i.e from father to son or mother to daughter as the case may be. These occupations include fishing, farming, and so on. Industrialisation comes up when raw materials are converted to finished goods for sale which in most cases is also a knowledge passed down generations through time and comes in the form of basket weaving, coconut oil, chairs or beds made from palm frond, and so on, as well as taking of farm produce to the markets for sale which is mostly done by women

In this research work, all activities that deal with the indigenous commerce and industries between 1960- 2015 as well as their relevance to the inhabitants of Badagry as well as its relevance in Nigeria are explored. Also, this work examines Badagry as a prominent historical center in relations to Nigerian history as well as its decline and relegation to the background.

1.2 Objectives of the Study

The objectives of this work are to examine the Indigenous Commerce and Industries in Badagry between 1960-2015. The Commercial and Industrial activities which are the basic Indigenous Economic activities have not been written. Thus, there is a need to critically look into these activities with their Impacts, the way of life of the Badagry people, the nation at large as well as other nations of Africa. It is also to demonstrate that a historical place like Badagry should be given a high pedestal in the historical reconstruction of this nation with a proper documentation and not be isolated or forgotten so as to show its importance in the historical development.

The significance of this work is to present to the world the role of ancient civilisation to the development of the economy of the whole of Badagry, Lagos State, Nigeria as a whole as well as some West African countries. This to show to the Jobless Nigerian youths that there are still indigenous economic activities capable of growing into multi-million enterprises with the correct tools in a modern world rather than clamouring for a white collar job in a government or privately owned office.

This work examines the ancient town of Badagry which is situated in Lagos state of Nigeria. The time frame is 1960-2015, which is in the 20th and 21st century. There has not been any written work concerning this subject matter and between this time frame. This is the reason why the researcher will be taking a look into the topic. The time frame covers Badagry’s history in the post-colonial era in Nigeria right from the independence of 1960 which marks a period that most Nigerians engage in foreign commerce which is a form of colonial inheritance. But Badagry is a region whose indigenes were left with no choice but to engage in economic activities based on the resources bestowed upon them by nature and the knowledge as well as the development passed down from generation to generation.

In order to make this research effective and reliable, different sources of history were used. In an effort to use written materials however, the researcher discovered that there were not many written sources on this subject. He therefore, had to rely heavily on the use of oral tradition. During the process of this research, historical methodology was used. In view of this, the library was the first point of call where quite a few texts were collected and used. The libraries visited were: The University of Ilorin library, Kwara state library, Badagry divisional library as well as the Nigerian French language village Library where some texts were collected, one particularly written both in English and French languages. There were not much works to be seen except for scanty published works, journals and some compiled works by different authors. Most materials gotten failed to talk about indigenous commerce and industries in Badagry. Quite a few made mention of commercial activities like: fishing, farming and weaving.

In the absence of enough published works, the researcher had to travel to Badagry to gather oral evidences among the indigenes of Badagry as well as non-indigenes who had knowledge of the subject in observation. When the researcher was gathering oral evidences, some refused to grant interviews to the researcher, believing him to have come to garner information about their work so he might use it to start a business of his own. Many of the indigenes were even reluctant to grant an interview for fear that they might in the process, divulge information that might be used against them or that the information they give might show them in a bad light. and this in itself is a problem as the researcher had to filter all information gathered during the course of the interview to get at the truth.

Also, the researcher had to visit the National Archives, Ibadan, for information which has been a great help in the verification of some of the information gotten during the oral interview. It is to be noted that some of the interviews were conducted in Yoruba and one conducted in French Language (an advantage, which proved to be of assistance since the researcher had a fairly good command of the language) and had to be translated into English language.