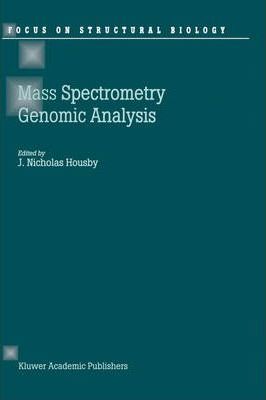 Mass Spectrometry and Genomic Analysis  – The human genome project has created intense interest from academics, commercial business and, not least, the general public. This is not surprising, as understanding
the genetic make up of each individual gives us clues as to the genetic factors that
predispose one to a particular genetic disease.

In this way the human genome
sequence is set to revolutionise the way we treat people for genetic diseases and/or
predict patients future health regimes. Single Nucleotide Polymorphisms (SNPs),
single base changes in the nucleotide DNA sequence of individuals, are thought to
be the main cause of genetic variation.

It is this variation that is so exciting as it
underpins the way(s) in which the human body can respond to drug treatments,
natural defence against disease susceptibility or the stratification of the disease in
terms of age of onset or severity. These SNPs can be either coding (cSNP),
appearing within coding regions of genes or in areas of the genome that do not
encode for proteins.

The coding cSNPs may alter the amino acid protein sequence
which in turn may alter the function of that particular protein. Much effort is
directed towards identifying the functions of SNPs, whether that be within genes
(cSNPs) or within regulatory regions (eg. promoter region) that affect the level of
transcription of the gene into mRNA.

If an SNP is proved to be truly polymorphic, i.e. it appears in many samples of
the population, then individuals can be genotyped for the homozygous form of the
allele, the same variation on both chromosomes, or a heterozygous form with a
different variation of the SNP on each chromosome.

An international SNP working
group has been set up to map all of the known human SNPs, it is envisaged that
every single gene in the human genome will have a variation within or close to it. By
comparing patterns of SNP allele frequencies between disease affected and control
populations, disease associated SNPs can be identified and potential disease gene(s)
located.

These types of study require genotyping of thousands of SNPs which
requires the use of powerful, high throughput, systems of analysis. There are many
competing new technology platforms which attempt this but the one that ‘stands out
from the crowd’ is mass spectrometry.

This book contains a collection of
descriptions of some of the most outstanding advances in this field of mass
spectrometry (chapters 1-6), from which, I hope, the reader will be able to learn both
the principles and the most up to date methods for its use.
Analysis of the proteins produced from mRNA will lead to another level of
information analysis.

Not all of the proteins produced from mRNA correlates to its
expression. Many proteins have alterations at the post-translational stage, mostly by
glycosylation or phosphorylation events. It is this that may cause alteration in
function of the protein product. It is therefore necessary to investigate at both the
gene level and at the protein level.

The study of proteomics, the comprehensive
study of proteins in a given cell, is discussed in chapter 7. This gives the reader a
broader perspective in the uses of mass spectrometry in this fast changing analytical
environment of genome research.