In Jane Eyre Charlotte Bronte opened a new road for the English novel by making the heroine plain and penniless and by striking off the shackles of literary and moral convention relating to women’s capacity for passionate experience.

Though the book shocked some early readers, its union of the dramatic and commonplace, its deeply felt indignation, and its forceful presentation of reality tempered by imagination quickly established it among the masterpieces of fiction.

As a social document it is outstanding among the purposive novels of the 1840’s as a sustained achievement in the art of storytelling it is timeless.

There are two reviews here, since this special version of the book has two things going on. When I was a kid I had some weird built-in prejudice against anything labeled “classic”. Unknowingly I read “Tom Sawyer” and “Huckleberry Finn” and even Shakespeare’s “Julius Caesar,” but I thought I had “discovered” them–had anyone told me they were classics, I wouldn’t have read them. Stupid, but true. When I was in my thirties I read “A Tale of Two Cities” and re-thought my whole position on the classics–maybe there was a reason they were called that. So I read a lot of them, but I never read “Jane Eyre.” I saw about four different movie versions of it, though, and figured I knew the story well enough. But when Writer’s Digest announced this version, I saw a chance to correct an omission AND get some good writing advice. KM Weiland’s book on structure, after all, is a masterpiece. Hence, this double-edged review.

1. Jane Eyre. The movie versions I’ve seen were, surprisingly, fairly true to the book (not often the case, as anyone who reads a book and then watches its movie knows). Shy governess, obnoxious-but-philosophical middle aged guy. Crazy wife in the attic. Missionaries. They hit all the high points. But Bronte’s prose is well-done, and her characters are far more complex than the movies. She has a great way of building suspense, too. Even though I knew what was going to happen, I wanted to see it happen, so I kept reading. And I was satisfied when I closed the book: a good story, well-told.

2. The notes. Weiland’s notes are, at the risk of sounding sycophantic, brilliant. Remember, these notes are about the writing of the book, not about the historicity or any of the other kinds of analysis you’d usually see in annotations. (My annotated “Sense and Sensibility” practically explains each curtsy as well as why dances lasted half an hour.) There’s plenty of analysis, but it’s all about how Bronte tells the story. For readers of Weiland’s “Structuring Your Novel,” it’s like a Part II, showing the First Plot Point, (p118), Midpoint (p216), Third Plot Point (p325), Resolution and Epilogue. There are even pages at the back with questions (and lines for answering them or writing other notes) about structure. But wait, there’s more! There are notes on perspective, voice, POV, conflict and tension, obstacles, character development, transitions, and way more than that. (I’m laundry listing here–but trust me, the notes could practically be their own book.)

I’m a writer myself, though you won’t see my name in Amazon in that capacity–I ghost write. Under my own name, I’m also a freelance editor (developmental, substantive, and copy–you name it, I do it) and have been one for years. But I still read books on writing all the time. Some I love, some I tolerate, and a few I’ve ridiculed (after jumping up and down on their tattered remains). But this book is its own category, or perhaps it defies category. It’s a writing master class, analyzing a masterpiece of English literature to make its key points. If I were a writing teacher, this would be required reading for my classroom.

One thing alone keeps the book from getting the fifth star, and it’s a mechanical thing, nothing against Bronte or Weiland. They did their jobs well! But the typeface for the story is a serif font, and it’s ten points at most, maybe eight. I needed to buy a +2 set of “cheaters” to read the story alone–and the notes are worse. They’re a pale blue sans serif (the contrasting serif/sans serif fonts are good; the size is not and the pale color is not) that was hard to read even with the +2 cheaters. The notes are in the outer margins and take up about a third (one column) of each page. I wish they’d gone for broke and instead of giving us a six-by-nine (I’m eyeballing it, so the measurements are probably not exact), gone up a couple of sizes, just for the sake of those of us who are over 40. Then maybe they could’ve made the print a decent size. 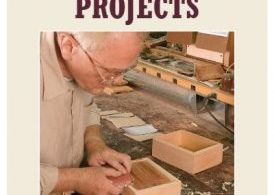 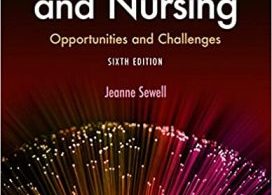 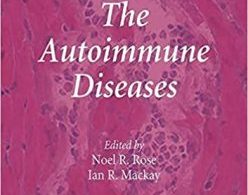