IT and Programming Download Hacking: The Art of Exploitation by Jon Erickson

Hacking: The Art of Exploitation 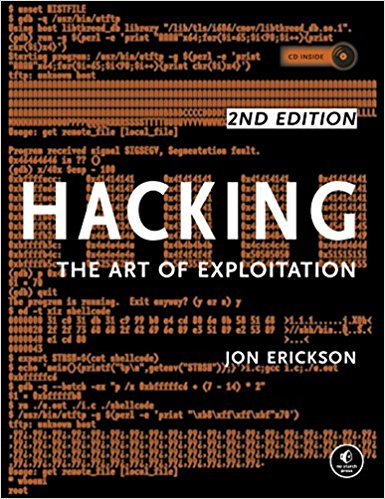 Hacking: The Art of Exploitation  is a book by Jon “Smibbs” Erickson about computer security and network security. It was published by No Starch Press in 2003, with a second edition in 2008. All of the examples in the book were developed, compiled, and tested on Gentoo Linux

The content of Hacking moves between programming, networking, and cryptography. The book does not use any notable measure of real-world examples; discussions rarely bring up specific worms and exploits.

The computer programming portion of Hacking takes up over half of the book. This section goes into the development, design, construction, and testing of exploit code, and thus involves some basic assembly programming. The demonstrated attacks range from simple buffer overflows on the stack to complex techniques involving overwriting the global offset table.

While Erickson discusses countermeasures such as a non-executable stack and how to evade them with return-to-libc attacks, he does not dive into deeper matters without known guaranteed exploits such as address space layout randomization. The book also does not cover the Openwall, GrSecurity, and PaX projects, or kernel exploits.

The networking segment of Hacking explains the basics of the OSI model and basic networking concepts, including packet sniffing, connection hijacking, denial of service and port scanning.

The cryptology section of Hacking covers basic information theory, in addition to symmetric and asymmetric encryption. It winds out in cracking WEP utilizing the Fluhrer, Mantin, and Shamir attack. Besides the basics, including man-in-the-middle attacks, dictionary attacks, and the use of John the Ripper; Hacking discusses quantum key distribution, Lov Grover’s Quantum Search Algorithm, and Peter Shor’s Quantum Factoring Algorithm for breaking RSA encryption using a very large quantum computer.

Introduction-Hacking: The Art of Exploitation

The introduction of the book states that hacking should only be done within the confines of the law, and only for productive reasons.

In the programming chapter of this book, different types of programs are described and shown via examples. The chapter covers control structures and other basic aspects of programming. The live CD provides an environment so that the reader can not only follow along with the examples in the book but do some programming themselves.

Exploitation is taking the computer’s code or set of rules and changing them so the computer does what you want it to do. Finding ways or holes in the system to change is an important part of exploitation. This chapter covers exploit techniques such as memory corruption, Buffer Overflows and format strings, especially using Perl and Bash shellcode. 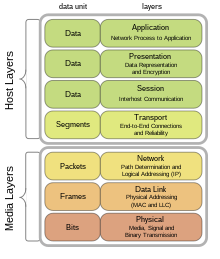 Sockets
The standard way to communicate on a network with the use of computer operating systems is a socket. A socket is used by a programmer to create a way to send and receive data using the layers of the OSI. There are two types of sockets: a Stream Socket and a Datagram Socket. Stream Sockets use Transmission Control Protocol (TCP). A Datagram Socket uses User Datagram Protocol (UDP).

Peeling Back the Layers
‘Peeling back the layers’ describes how the OSI layers actually work. The OSI Model is described in great detail with some images in the book that make it easy to understand.

TCP/IP Hijacking
TCP/IP Hijacking is another way that uses spoofed packets to take over a connection between the victim and a host machine. This technique is mainly used to collect passwords when a host machine uses a password to be connected to. When this type of attack takes place the victim and the attacker must be on the same network. Another form of TCP/IP hijacking is RST hijacking, which involves injecting a fake reset packet.

Port Scanning
Port scanning is simply a way to figure out which ports are accepting and listening to connections. The hacker would just use a program that lets him know which ports are open by scanning all the ports on a network and trying to open them. There are many other type of scans, such as SYN, Idle, FIN, X-Mas, and Null scans.

Reach Out and Hack Someone
This part is about finding vulnerabilities in the typecasting of the network. Using a debugger to go through lines of code which are used for network protocols is the most efficient way to accomplish this.