THE INSIDE STORY ON PRESIDENT TRUMP, AS ONLY BOB WOODWARD CAN TELL IT 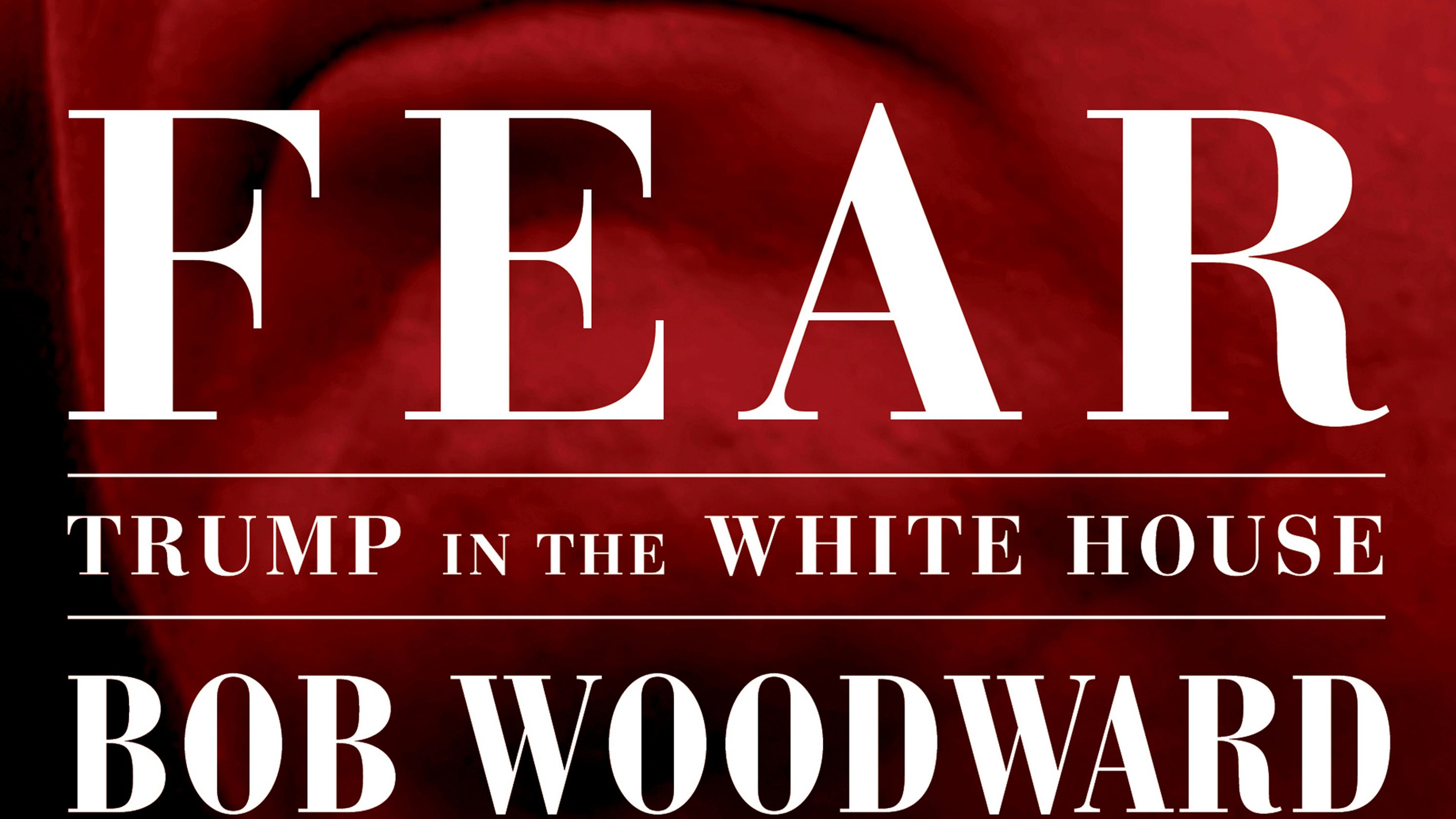 Fear: Trump in the White House is a non-fiction book by American journalist Bob Woodward about the presidency of Donald Trump.The book was released on September 11, 2018. Woodward based the book on hundreds of hours of interviews with members of the Trump administration.

With authoritative reporting honed through eight presidencies from Nixon to Obama, author Bob Woodward reveals in unprecedented detail the harrowing life inside President Donald Trump’s White House and precisely how he makes decisions on major foreign and domestic policies.

Woodward draws from hundreds of hours of interviews with firsthand sources, meeting notes, personal diaries, files and documents. The focus is on the explosive debates and the decision-making in the Oval Office, the Situation Room, Air Force One and the White House residence.

Fear is the most intimate portrait of a sitting president ever published during the president’s first years in office.

Best known for “his role exposing the Watergate scandal that led to Richard Nixon‘s resignation” from the presidency, Bob Woodwardwas described by Rolling Stone‘s Ryan Bort as “one of the most revered and well-respected journalists in American history”.Woodward’s and Carl Bernstein‘s reporting of that scandal earned The Washington Post a Pulitzer Prize and turned them into “the most heralded U.S. investigative journalists ever”, according to Nick Allen of The Daily Telegraph. In his books on American presidents such as Bill Clinton, George W. Bush, and Barack Obama, Allen describes that Woodward, with “relentless and methodical reporting”, “has harvested a level of detail on the internal workings of various White House administrations that no other writer can match”. BBC News‘ Nick Bryant describes Woodward as “Washington’s chronicler in chief”, “one of America’s most trusted journalists” and “the opposite of sensationalist.”

In 2013, during a dispute between Woodward and the Obama administration regarding budget cuts, Donald Trump commented: “Only the Obama [White House] can get away with attacking Bob Woodward”.

On July 30, 2018, CNN reported that anonymous sources told them that Woodward will release a well-sourced book on the Trump administration on September 11, 2018.Woodward said that the book’s title is based on something Trump told him in an unrelated 2016 interview:

Real power is, I don’t even want to use the word, fear.

According to a September 4, 2018, article in The New York Times, the book is based on “hundreds of hours of interviews with firsthand sources, contemporaneous meeting notes, files, documents and personal diaries”.Woodward taped his interviews.Woodward’s research assistant was Evelyn Duffy, who also transcribed the recordings