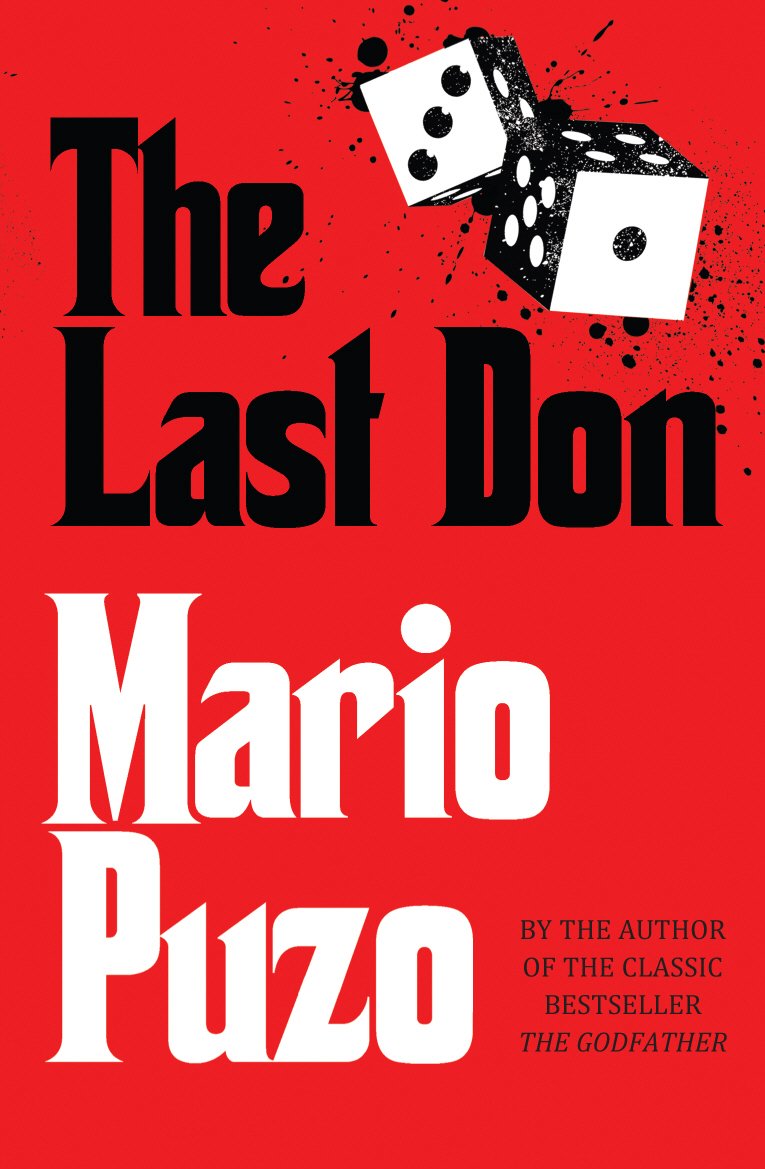 The Last Don is a novel by Mario Puzo, best known as the author of The Godfather.

The story alternates between the film industry and the Las Vegas Strip casinos, showing how the Mafia is linked to both.

The last plan of Don Domenico Clericuzio, an aging Mafia boss, is to eventually have his family enter the legitimate world and assimilate into American society. Twenty-five years later, his grandson Dante and grandnephew Croccifixio (Cross) make their way through life, and the eighty-year-old Don is semi-retired. Cross, who holds a majority share in a Las Vegas casino, is supposed to become the strong arm of the family. However, when he refuses to take part in the murder of an old friend, Dante is left to be the sole tough guy. Dante’s greed for power and blood lead him to plan the elimination of his relatives, who are an obstacle to the desire to become as powerful as the old Don himself. When Dante arranges a hit on Cross’s father, strongman Pippi De Lena—who, in a subplot, once commanded the elimination of the rival Santadio Family whose scion, Jimmy, married Don Clericuzio’s daughter Rose Marie and fathered Dante before his family’s assassination, driving Dante’s mother to insanity—Cross, who is aware of being on the black list, catches Dante in a trap. Having acted against the family, he waits for the Don’s vendetta, but, to his own surprise, his life is spared and he is only condemned to exile. Cross then resumes his romance with actress Athena Aquitane. The story ends with the revelation that Don Clericuzio planned this outcome, even anticipating his grandson’s death, all along, for the long-term survival of his family. (Wikipedia)