Biography Download The Egyptian Book of the Dead (Papyrus of Ani) 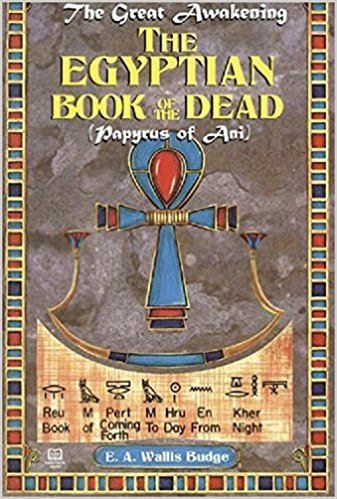 The Egyptian Book of the Dead:

The Book of the Dead is an ancient Egyptian funerary text, used from the beginning of the New Kingdom (around 1550 BCE) to around 50 BCE. The original Egyptian name for the text, transliterated rw nw prt m hrw is translated as Book of Coming Forth by Day.  Another translation would be Book of Emerging Forth into the Light. “Book” is the closest term to describe the loose collection of texts  consisting of a number of magic spells intended to assist a dead person’s journey through the Duat, or underworld, and into the afterlife and written by many priests over a period of about 1000 years.

The Book of the Dead was part of a tradition of funerary texts which includes the earlier Pyramid Texts and Coffin Texts, which were painted onto objects, not papyrus. Some of the spells included were drawn from these older works and date to the 3rd millennium BCE. Other spells were composed later in Egyptian history, dating to the Third Intermediate Period (11th to 7th centuries BCE). A number of the spells which made up the Book continued to be inscribed on tomb walls and sarcophagi, as had always been the spells from which they originated. The Book of the Dead was placed in the coffin or burial chamber of the deceased.

There was no single or canonical Book of the Dead. The surviving papyri contain a varying selection of religious and magical texts and vary considerably in their illustration. Some people seem to have commissioned their own copies of the Book of the Dead, perhaps choosing the spells they thought most vital in their own progression to the afterlife. The Book of the Dead was most commonly written in hieroglyphic or hieratic script on a papyrus scroll, and often illustrated with vignettes depicting the deceased and their journey into the afterlife.

Egyptian Book of the Dead

The Book of the Dead developed from a tradition of funerary manuscripts dating back to the Egyptian Old Kingdom. The first funerary texts were the Pyramid Texts, first used in the Pyramid of King Unas of the 5th dynasty, around 2400 BCE.[5] These texts were written on the walls of the burial chambers within pyramids, and were exclusively for the use of the Pharaoh (and, from the 6th dynasty, the Queen). The Pyramid Texts were written in an unusual hieroglyphic style; many of the hieroglyphs representing humans or animals were left incomplete or drawn mutilated, most likely to prevent them causing any harm to the dead pharaoh.[6] The purpose of the Pyramid Texts was to help the dead King take his place amongst the gods, in particular to reunite him with his divine father Ra; at this period the afterlife was seen as being in the sky, rather than the underworld described in the Book of the Dead.[6] Towards the end of the Old Kingdom, the Pyramid Texts ceased to be an exclusively royal privilege, and were adopted by regional governors and other high-ranking officials.

The Book of the Dead first developed in Thebes toward the beginning of the Second Intermediate Period, around 1700 BCE. The earliest known occurrence of the spells included in the Book of the Dead is from the coffin of Queen Mentuhotep, of the 13th dynasty, where the new spells were included amongst older texts known from the Pyramid Texts and Coffin Texts. Some of the spells introduced at this time claim an older provenance; for instance the rubric to spell 30B states that it was discovered by the Prince Hordjedef in the reign of King Menkaure, many hundreds of years before it is attested in the archaeological record.