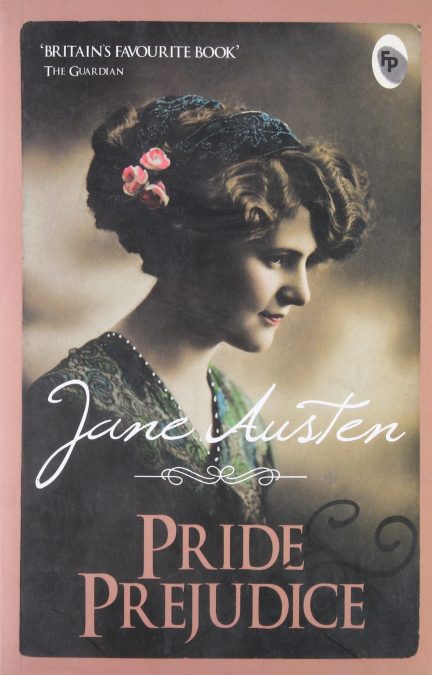 Download Pride and Prejudice: this is an 1813 romantic novel by Jane Austen. It charts the emotional development of protagonist Elizabeth Bennet, who learns the error of making hasty judgments and comes to appreciate the difference between the superficial and the essential. The comedy of the writing lies in the depiction of manners, education, marriage, and money during the British Regency period.

Mr. Bennet of the Longbourn estate has five daughters, but his property is entailed, meaning that none of the girls can inherit it. His wife has no fortune, so it is imperative that at least one of the girls marry well in order to support the others upon his death. Jane Austen’s opening line, “It is a truth universally acknowledged, that a single man in possession of a good fortune, must be in want of a wife”, is a sentence filled with irony and playfulness. The novel revolves around the importance of marrying for love, not simply for money, despite the social pressures to make a good (i.e., wealthy) match.

Pride and Prejudice has long fascinated readers, consistently appearing near the top of lists of “most-loved books” among both literary scholars and the general public. It has become one of the most popular novels in English literature, with over 20 million copies sold, and paved the way for many archetypes that abound in modern literature. For more than a century, amateur and professional dramatic adaptations, print continuations and sequels, and film and TV versions of Pride and Prejudice have reimagined the original novel’s memorable characters and themes to reach mass audiences. The 2005 film, Pride & Prejudice, starring Keira Knightley and Matthew Macfadyen is the most recent Hollywood adaptation of the book.

Since its immediate success in 1813, Pride and Prejudice has remained one of the most popular novels in the English language. Jane Austen called this brilliant work “her own darling child” and its vivacious heroine, Elizabeth Bennet, “as delightful a creature as ever appeared in print.” The romantic clash between the opinionated Elizabeth and her proud beau, Mr. Darcy, is a splendid performance of civilized sparring. And Jane Austen’s radiant wit sparkles as her characters dance a delicate quadrille of flirtation and intrigue, making this book the most superb comedy of manners of Regency England