Free Motivational Books Download How To Get What You Want by D. Wallace 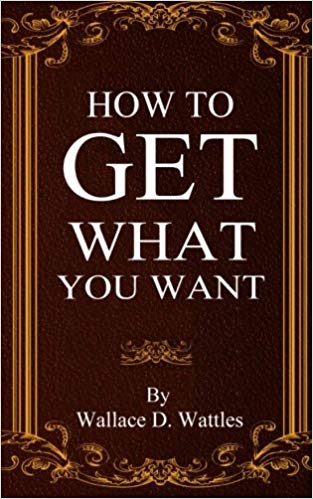 How To Get What You Want

There is something in the man who succeeds, which enables him to use his faculties successfully, and this something must be cultivated by all who succeed. The question is: What is it?”  —Wallace D. Wattles, in *How to Get What You Want*, 1907

In How to Get What You Want, a pamphlet by New Thought author WALLACE D. WATTLES, he explains in a short but practical way what the factors for success are, and how anyone can develop and attain it in their life. Success is not what other people may think you should achieve, but it is getting what you want, whether it is health, wealth, or a position in life. According to Wattles, the key to success lies in the person who succeeds, and not in external circumstances. This pamphlet offers the reader a shot in the arm and inspires, just as Wattles inspired Rhonda Byrne to create the successful film The Secret in 2006.

Getting what you want is success, and success is an effect, coming from the application of cause. Success is essentially the same in all cases. The difference is in the things the successful people want, but not in the success. Success is essentially the same, whether it results in the attainment of health, wealth, development or position. Success is attainment, without regard to the things attained. And it is a law in nature that like causes always produce like effects. Therefore, since success is the same in all cases, the cause of success must be the same in all cases. br/br/Wallace D. Wattles popularized the New Thought principles. He is the author of The Science of Getting Rich

Wallace Delois Wattles was an American author. A New Thought writer, he remains personally somewhat obscure, but his writing has been widely quoted and remains in print in the New Thought and self-help movements. Wattles’ best known work is a 1910 book called The Science of Getting Rich in which he explained how to become wealthy.

He studied the writings of Georg Wilhelm Friedrich Hegel and Ralph Waldo Emerson and recommended the study of their books to his readers who wished to understand what he characterized as “the monistic theory of the cosmos”.

Through his personal study and experimentation Wattles claimed to have discovered the truth of New Thought principles and put them into practice in his own life. He wrote books outlining these principles and practices, giving them titles that described their content, such as Health Through New Thought and Fasting and The Science of Being Great. His daughter Florence recalled that “he lived every page” of his books.

A practical author, Wattles encouraged his readers to test his theories on themselves rather than take his word as an authority, and he claimed to have tested his methods on himself and others before publishing them.

Wattles practiced the technique of creative visualization. In his daughter Florence’s words, he “formed a mental picture” or visual image, and then “worked toward the realization of this vision”.

Rhonda Byrne told a Newsweek interviewer that her inspiration for creating the 2006 hit film The Secret and the subsequent book by the same name, was her exposure to Wattles’s The Science of Getting Rich. Byrne’s daughter, Hayley, had given her mother a copy of the Wattles book to help her recover from her breakdown