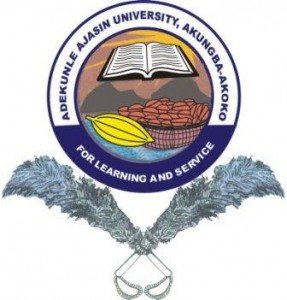 AAUA DIRECT ENTRY Past Questions and Answers – The past question is free. We mean free. No action is involved other than clicking on the download link.

Adekunle Ajasin University was first established as Obafemi Awolowo University in March 1982 by the government of the old Ondo State, headed by the late Chief Michael Adekunle Ajasin. The immediately succeeding military government of Navy Commodore Michael Bamidele Otiko changed its name to Ondo State University in 1985. Its relocation to Akungba Akoko in the new Ondo State became imperative in 1999, following the creation of a new state out of the old Ondo three years earlier in October 1996.

The bill backing the relocation was signed into law by the then Governor of the State, Chief Adebayo Adefarati, in November 1999, and that prompted the movement of a crop of workers from the old site in Ado-Ekiti to Akungba Akoko on 1 December 1999. The bill for yet another name change, this time to Adekunle Ajasin University, in order to immortalise the late Governor Ajasin, was signed into law by Governor Adefarati in 2004 following the demise of the former.

The amended and subsisting statute of the University was signed into law in November 2007 by yet another governor, the former Governor Olusegun Agagu. In these circumstances, it can rightly be said that while the history of AAUA started in 1982, its relocation on 5 November 1999 marked the beginning of the second phase of its history now in its present location, Akungba Akoko

The AAUA DIRECT ENTRY Past Questions and Answers is in PDF format.

If you think this post can be helpful to somebody else, please share it on Twitter, Facebook, G+, Whatsapp or Email it to friends. There are buttons below for this (easy to use too)!