Your colleague says that he agrees, but does he really or is it only a facade?
Have you ever thought that you were going crazy, your self-esteems suffer or do you have a feeling that you are being used, manipulated or played?

If you answered yes to at least one of the questions above, you are absolutely not alone. Most people have real trouble recognizing false statements and differentiating fake from real emotions, even with the people close to them.

Sure, the small little lie about how awesome Grandma’s homemade pie tastes will not really hurt and might even be necessary for smooth human relationships. But lying can also have tremendous potential for harm, hurt feelings or catastrophic business decisions.

Diary studies of lying, conducted with both college students and adults from the community, have shown that lies are a fact of daily life (DePaulo, Kashy, Kirkendol, Wyer & Epstein,1996). Such studies suggest that people tell an average of at least one lie a day and describe their untruths as little lies of little consequence.

They perceive their lies as not very serious, they rarely plan their lies, and they do not worry much about the possibility of getting caught, even if the consequences to the people they lied to might be dramatic (DePaulo, Ansfield, Kirkendol & Boden, 2004).

Therefore, the skill to differentiate lies from the truth becomes critical and can be of tremendous value for anyone.

In “Dark Psychology Secrets” you’ll discover:The 6 little-known facts to INSTANTLY kickstart your understanding of why and how people manipulate (Even if you are a bit socially awkward or don’t seem to ‘get’ people’s true self easily!) The exact formula to recognize the different stimuli that make people tick and that are founded in reason and science, not a pure ‘gut feeling’ Why these common traits reveal so much about the manipulator without his/her knowledge How these 3 ways lead to becoming a manipulator’s victim – and how to stop any tries in the beginnings Why these VERBAL expressions carry way more weight than you have ever thought (and why it is so hard to oversee for untrained people) The biggest myth busted: Do we all have a dark side and how to deal with our own dark psychology if there is one Why these 10 tips on how to deal with manipulative people are so unfamiliar, yet so powerful in practice The absolute worst 3 things you might be misinterpreting currently that could cause you tremendous confusion and trouble (avoid these mistakes at all costs if you want to read people correctly!)

…and much, much more!

Even if you are a complete beginner and have a hard time to naturally get the manipulation, the extensive research that went into this guide and the practical applications and exercises will instantly boost your abilities to analyze and understand deceptions and lies on a completely different level.

By relying on the latest scientific research from international experts, “Dark Psychology Secrets” is able to identify the exact hints and cues that drive body language and decode the true intentions of your opponent. 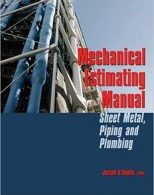 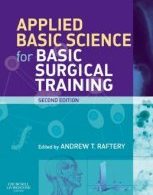